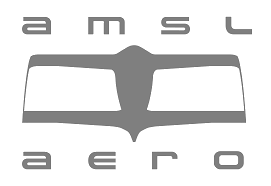 The AMSL Aero Electric VTOL (Vertical Take-off and Landing) aircraft is being developed at a time of rapid innovation in the aerospace sector around the general concept of personal, electrically powered (or hybrid) VTOL vehicles.

The AMSL Aero entrant into this market is their Vertiia configuration which is a novel electric vertical take-off and landing aircraft that combines the vertical take-off and landing capabilities of a helicopter with the efficient high speed flight of a fixed-wing aeroplane. It has several patented features, including the wing structure and the system that tilts the wings from vertical (hover flight mode) to horizontal (aeroplane flight mode) which gives it a unique value proposition.

This new Vertiia configuration will take advantage of filament wound parts due to the unique shape of the Vertiia wing structure and lower sensitivity to local skin thickness.

There are four parts to this project:

The AMSL basic configuration has some design attributes that are viewed as significant advantages over other eVTOL concepts and which make the design adaptable to a range of different missions.