Industrial robots have become a common feature in modern production-line processes, but are limited to simple, repetitive tasks. Interactive cobots are more advanced and capable of customised tasks, working alongside humans, accepting feedback, problem-solving together, and reporting on progress.

Industrial and commercial cobots/robots suffer from the lack of a common interface that can link sensory input to analytical and interactive capabilities. A ‘scaffolding’ layer is needed to couple deep intelligence, software controllers and robotic hardware such as actuators and sensors. The brain, controller, and embodiment components are typically built as separate silos, which causes the following problems:

A-kin’s solution brings together brains and bodies via a limbic scaffolding for advanced support cobots. A-kin wants to build intelligent robotic assistants to enable advanced manufacturing via complex production tasks, while interacting with humans and performing real-time analytics. They will be able to take unique instructions from people to complete tasks and analyse task performance. A-kin will develop a limbic scaffolding layer that will make it easier to couple a brain, controller, and hardware embodiment together. The purpose of this scaffolding will be to enable faster development and greater component interoperability for custom cobots/robot prototypes that need to be integrated with an AI core.

The value proposition of the proposed platform will be in abstracting away differences in hardware, making it possible to create more generic cobots/robots which can be quickly repurposed for a different task, or to create multiple variants of the same cobot/robot for the same task, and pick the best one. The A-kin platform will streamline this process and allow developers to focus on the high-value activities of the prototype development rather than the rudimentary integration details.

A-kin calls this platform the “limbic scaffolding” as an analogy to the equivalent part of the human brain, which is responsible for integrating sensory, cognitive and effector functions. Therefore ‘limbic scaffolding’ represents its role in bringing together sensory awareness, cognitive function, and actions. In addition to building the limbic scaffolding platform, A-kin will test this across two embodiments and two use cases, which will demonstrate the capabilities of the platform.

This project will allow A-kin to validate custom robot prototypes and showcase how the limbic scaffolding platform can be used for faster development of cobots across multiple sectors. This project provides an opportunity for Australia to develop custom high-end intelligent cobots/robots, which can be deployed in multiple industry settings to undertake complex tasks. The project will fuel the potential to export not only customised intelligent cobots/robots, but also bundled components, including hardware add-ons with software embedded. 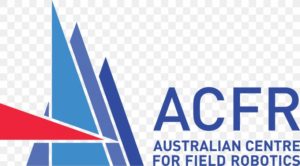